Kurdistan Democratic Party (KDP) is a democratic and patriotic party who believes in human rights, Social justice and individual freedom. The party believes in the Kurdish and other nations' right to self determination and practicing this right in accordance with the international legal jurisdictions and through democratic and peaceful means. To achieve its aims, the Party benefits from the experiences of the history of the Kurdish liberation movement and Mustafa Barzani's patriotic and heroic legacy. It also benefits from the shared experiences of other nations which are relevant to circumstances in Kurdistan.

1.     First congress: it was convened secretly in the house of Said Fahim in Bagdad on 16 August 1946. A total of 70 members represented the party. A number of important resolutions were adopted including the name of the Party (Kurdish Democratic Party), electing the President (Mustafa Barzani) and the party's constitution.

2.     Second congress: it was convened in the house of Ali Hamdi in March 1951. A total of 30 members represented the party.

3.     Third congress: It was convened in Kirkuk on 26 January 1951 in which 35-40 representatives were present. In this congress the party's name was changed from Kurdish Democratic Party to Kurdistan Democratic Party.

4.     Fourth Congress: This congress was held in Kaka Ziad's house in Baghdad on 4-7 October 1959. Mustafa Barzani who had returned from his exile attended the Congress. A total of 130 representatives were present and a number of important changes were made in the leadership.

5.     Fifth Congress: It was convened in the KDP's headquarters in Baghdad in May 1960 with the attendance of 148 members. The main reason for holding this congress was to amend the constitution of the party in order to fulfill the provisions of the new regulation issued by the government.

6.     Sixth Congress: This was the first congress after the commencement of the September Revolution of 1961 in which 600 delegates participated. The town of Qaladze was chosen as the venue for the congress at the beginning of July 1964.

7.     Seventh congress: It was held in the village of Gallalla on 15 November 1966. This was the first congress after the split of some high ranking members of the party. In this congress 370 members represented the party.

8.     Eighth congress: this congress was convened after the Autonomy agreement of March 1970. It was held on 1July 1970 in the village of Nawprdan in the Governorate of Erbil with the attendance of 488 representatives. The former regime of Iraq did not implement the most important articles of the agreement including the status of Kirkuk and other disputed areas. Fighting once again broke out in 1974 and a year later the infamous agreement of Algeria was signed which resulted in ending that phase of the Kurdish struggle. Soon afterwards the May Revolution commenced and it lased till 1990.

9.     Ninth Congress: it was convened on 4 October 1979 and was the first congress after the outbreak of the May Revolution. The location of the congress was the town of Zewa in the Mergawar region of the Iranian Kurdistan.  The provisional leadership of KDP was replaced by an elected one. Masoud Barzani was elected as the president.

11.    Eleventh congress: This was the first congress after the establishment of the Kurdistan Regional Government and was held on 16-26 August 1993 in Erbil, the capital of the Region. A number of existing political parties joined KDP.

12.    Twelfth congress: it was held on 6-14/10/1999 in the city of Erbil, the capital of the Kurdistan Region with the participation of 1473 representatives. President Barzani was re-elected as the President and Ali Abdulla as his Deputy.

13.    Thirteenth congress: The congress was convened on 11-18 December 2010 in Erbil and was attended by 1500 representatives. President Barzani was re-elected and Nechirvan Barzani became the Deputy President.

1.    Strengthening fraternal relations, solidarity and cooperation with other parties, democratic and peace loving organizations and Kurdish Diaspora to achieve the legitimate Kurdish national aspirations. It also endeavors to promote the culture of dialogue and tolerance within the Kurdish home and prohibit violence.

3.      Returning all the detached areas to Kurdistan Region in accordance with the provisions of Article 140 of the constitution of Federal Iraq and to establish the borders of the Region on this basis.

4.       Defending the rights of all the Kurds residing in other parts of Iraq as an integral part of the Kurdish Nation and to promote and sustain social and cultural ties with them.

1. Striving to build a civil society governed by law and equal opportunities in which all the constituents of the society coexist under a fair, transparent and patriotic authority. A society in which political pluralism and peaceful transfer of power be implemented.

2. Establishing the federal parliamentary democratic system in Iraq in such a way as to guarantee the Iraqis the right to full citizenship, and to preserve Iraq's international status and guarantee its independence and sovereignty.

3. Preserving and developing the national, political, economic and cultural achievements which were achieved through a historic struggle that was in essence the fruit of the blood of our martyrs and the sacrifices of our people and they were a manifestation of a strong free will.

5. Developing the federal parliamentary system and ensuring the participation of all components of the Iraqi people in the constitutional institutions.

7. Respecting the federal constitution through the implementation of its articles and viewing it as a direct expression of the will of the people of Iraq and as a guarantor to the preservation of the unity of the people and territory of Iraq.

8. Guaranteeing the national, cultural and administrative rights of Turkmen, Chaldeans, Assyrians and Armenians.

9. Guaranteeing the rights of every religious and sectarian component in the Kurdistan Region to practice its religious rituals and establish religious councils to organize, and develop its cultural and social affairs.

10. Establishing relations with the parties operating in Kurdistan and Iraq, which believe in the Constitution, democracy, human rights, federalism and national brotherhood, and recognize the right of the Kurdish people to Self-determination.

11. Establishing the principles of coexistence and the spirit of tolerance among all the national, religious and sectarian components of the people.

12. Encouraging Iraq to respect its international obligations and the implementation of all international conventions and treaties, especially those relating to human and minority rights and the right to self-determination.

·        The Regional and International Goals

1.     Strengthening friendly relations between the Region and neighboring countries on the bases of the principle of mutual interests, mutual respect, good neighborhood, none interference in each other’s  internal affairs and peaceful solutions to the problems in accordance with the principles of international  law.

2.     Adhering to the objectives and of the United Nations and respecting all international treaties and conventions that do not contradict the interests of the people of Kurdistan.

3.     Supporting the efforts of friendly countries and international governmental and non-governmental organizations, to contribute to the advancement of the political, economic and cultural aspects of the Kurdistan Region and solve their problems by peaceful means and in a just manner.

4. To carry out an international campaign to encourage States and international organizations (UN in particular) to defend those peoples who are the victims of international crimes and to support their efforts for their political independence, economic, social and cultural development.

5. Strengthening relations of friendship and cooperation with peoples, parties, personalities and non-governmental organizations that support the people of Kurdistan.

6. Supporting and strengthening the diplomatic relations of the Kurdistan Regional Government (KRG) through opening of KRG representations in various countries of the world in accordance with the provisions of the current constitution of Iraq and creating favorable environment for these countries to open consulates in Kurdistan Region to strengthen bilateral relations in various areas.

7. Acquiring the observer status for the Kurdish liberation movement in the United Nations and its specialized agencies to ensure the right of the Kurdish people to live in peace and without experiencing persecution and genocide again.

9. Working on activating the party's organs abroad and supporting them financially and morally in order to:

·        Establish the best relations with the parties operating in those countries, especially those parties that believe in democracy and human rights and recognize the right of the Kurdish people to self-determination,

·        Give more attention to party members and supporters abroad

·        Play a constructive role in assisting the KRG representations abroad to strengthen Kurdistan Region’s relations and to provide humanitarian and administrative assistance to Kurdish Diaspora and the region’s citizens abroad. 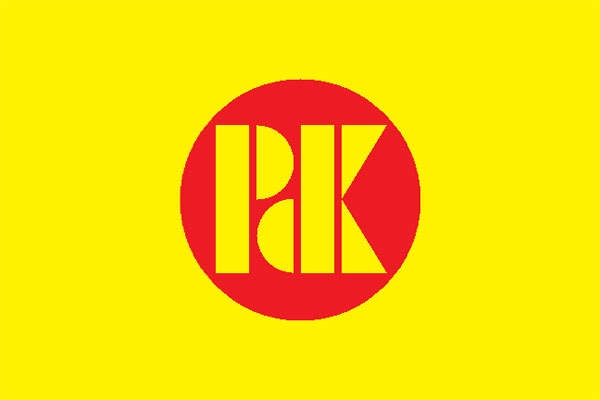