He was born in 1956 in Slemani (Sulaimaniyah), where he completed both his primary and secondary education. Mr. Siwaily graduated from the University of Mosul, Iraq obtaining BSc degree in Civil Engineering before completing his MSc in Water Resources Engineering at Queen Mary College, University of London. After finishing his BSc degree, he worked for the multi-disciplinary and international consultancy, Montgomery Watson (MWH), as an engineer in water and wastewater treatment for five years in London, where he worked on a number of important projects in the field.

In 2002, Mr. Siwaily returned to Kurdistan to join the Kurdistan Regional Government during its development and reconstruction process of the Region. As a Deputy Minister for the Ministry of Humanitarian Aid and Cooperation from 2002 to 2006, he played an active role in coordinating the humanitarian and development assistance provided by the United Nations Agencies, NGOs, and other international providers. Among other achievements at the Ministry, Mr. Siwaily successfully liaised and coordinated between the United Nations agencies and the KRG’s ministries during the Oil for Food Programme before the programme efficaciously concluded after the regime change in Iraq in 2003.

When the KRG’s Fifth Cabinet was formed in 2006, Mr. Siwaily became the first regional Minister of Electricity. After years of neglect by successive Iraqi governments coupled with the dual sanctions on the Region, the electricity sector was in total ruin. During his tenure as Minister, he oversaw the restructuring and reunification of different departments and governorate directorates as part of the government’s strategy to unify the Ministry. Despite budget limitations for infrastructure development and its limited human resources capabilities, the electricity sector, under Mr. Siwaily’s leadership, underwent remarkable progress. For the first time, the private sector took an active role in expanding the Region’s power generation, which as a result, was the first successful experiment of its kind in the rest of Iraq.

On a political level, Mr. Siwaily assumed different roles and responsibilities since joining the KDP’s resistance movement in 1981. He took up different positions within the KDP’s European Branch whilst simultaneously working in the volunteer sector, where he displayed

his dedication to furthering the rights and wellbeing of the Kurdish Diaspora. He worked in the Kurdish Cultural Centre for eight years and led the Kurdish Housing Association for fourteen years, promoting Kurdish culture, supporting the Kurdish community to integrate with the host community and providing administrative assistance for the community to obtain affordable and reliable accommodation.

After his tenure as Minister of Electricity, Mr. Siwaily was a guest lecturer in Water Supply at the University of Salahadeen, Kurdistan Region for two years. In his spare time, he translated two books from English to Kurdish: Introduction to Nationalism by Anthony Smith and Why Nations Fail by Daron Acemoglu and James A. Robinson..

The Foreign Relations Office of the Kurdistan Democratic Party (KDP) is the Outreach Body of the Party. The office is responsible for all KDP’s international and regional relations with political parties, MPs, decision-makers, think-tanks, and any other non-governmental organizations and institutions.

It is a Department of the Political Bureau, responsible for all International and Regional relations with political parties, MPs, opinion makers and any other national or international organizations to enhance the potential of Kurdistan Region. The office is responsible for representing party in all overseas conventions and events. Furthermore, the office arrange and plan all political meetings for KDP’s leadership with other political parties, diplomats, foreign media and journalists.Kurdistan Democratic Party's Foreign Relations Office. 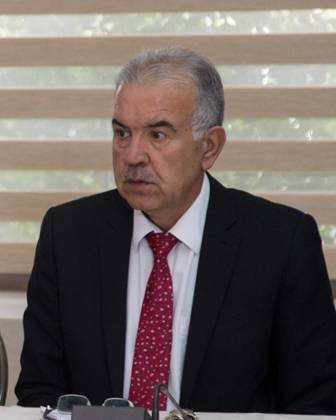